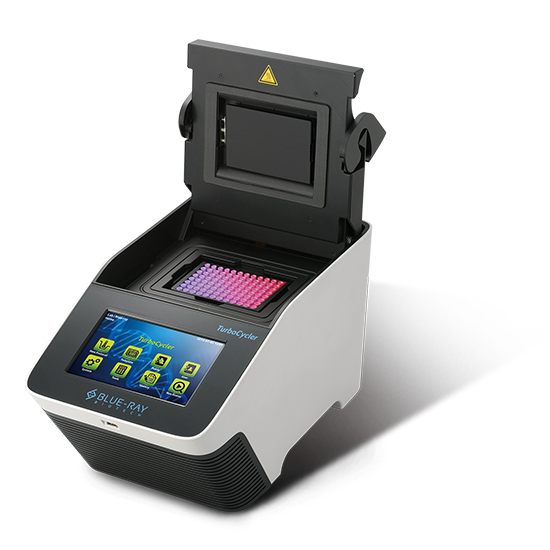 can be set between 35 and 120 °C for virtually any type of experiment including NGS pre-treatment.

range from 1 to 30 °C enables optimal experimental conditions in a single PCR run. 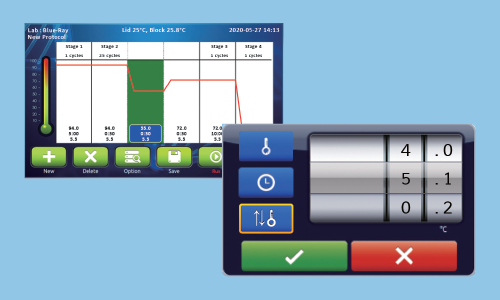 The graphic interface is easy to use, making the adjustment of experiment parameters such as temperature, time and cycle quick and simple. 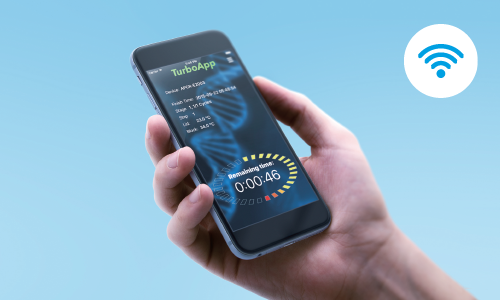 Monitor your PCR status remotely anytime on your mobile device via the free TurboApp. 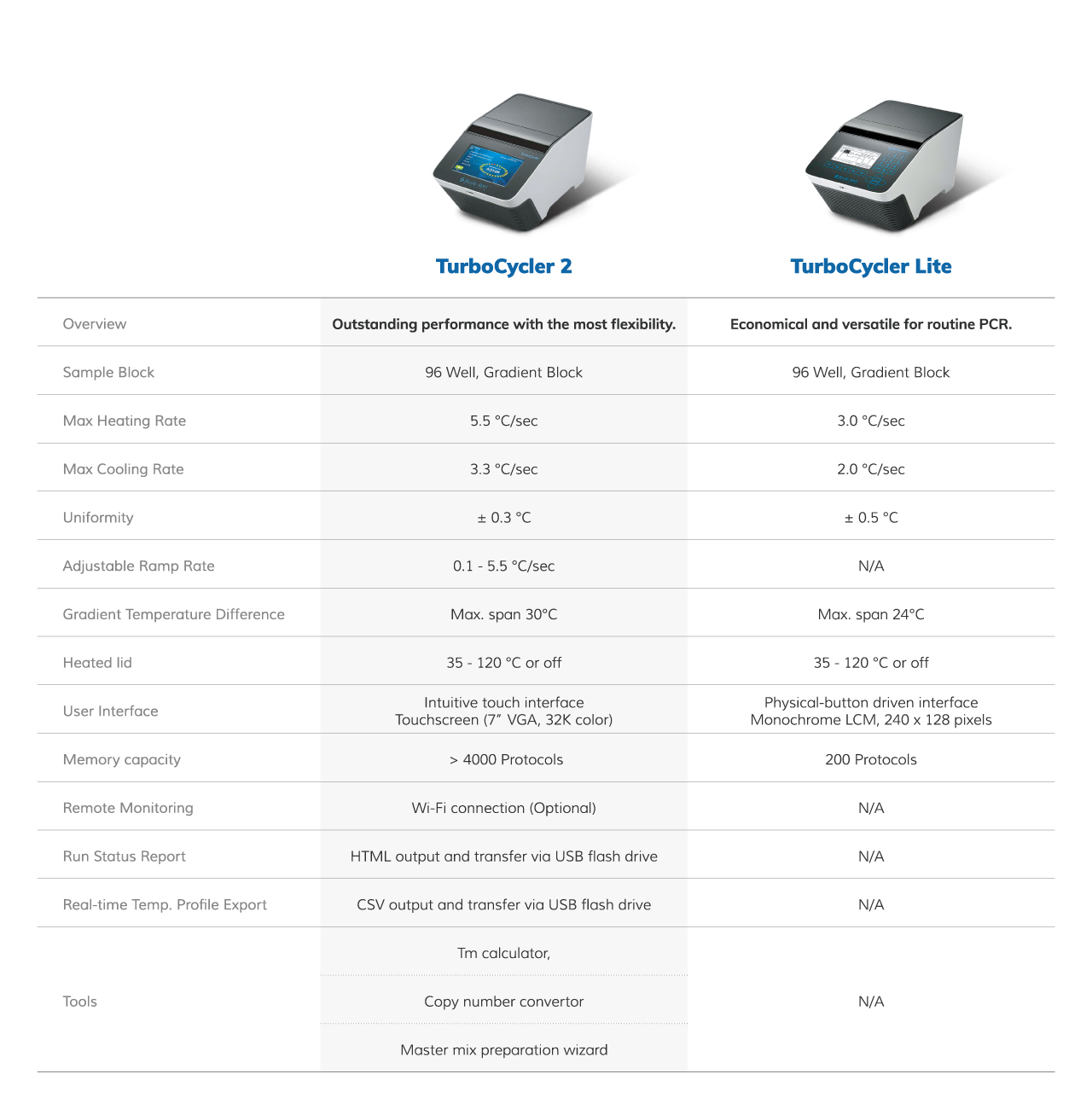 * Specifications are subject to change without prior notice. 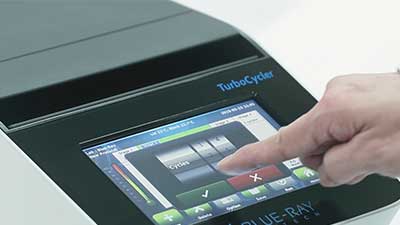 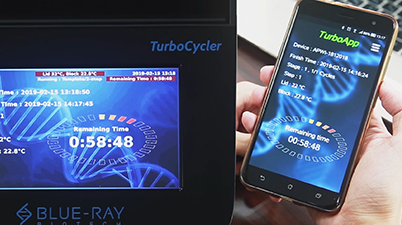 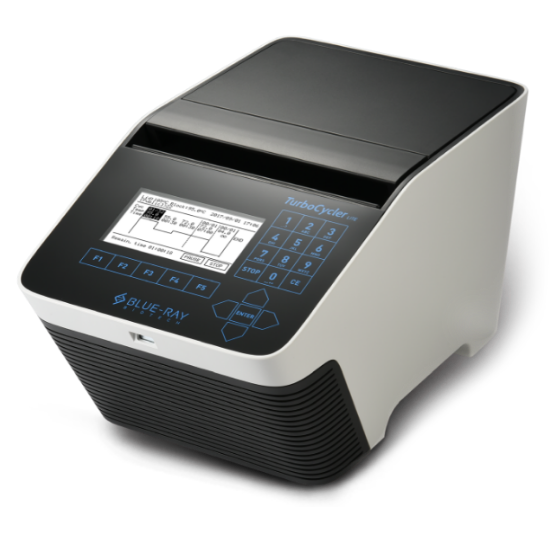 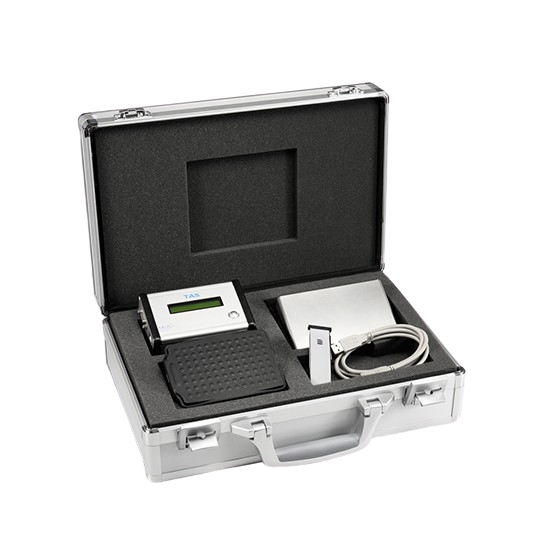 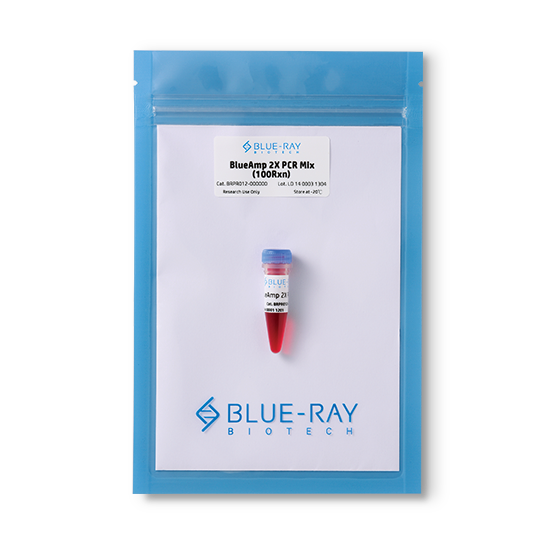 BlueAmp 2X PCR Mix is a cocktail of calculated amounts of Mg2+, dNTPs, and recombinant Taq DNA Polymerase for highly efficient amplification of nucleic acid templates by the polymerase chain reaction (PCR).
BlueAmp 2X PCR Mix is very stable, and no detectable reduction of PCR performance or enzyme activity is observed after storage for 12 months at 4°C. Repeated freeze–thaw cycles do not reduce performance or activity. 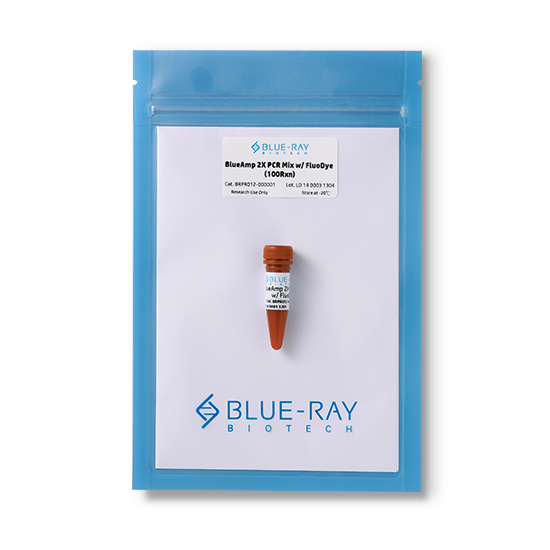